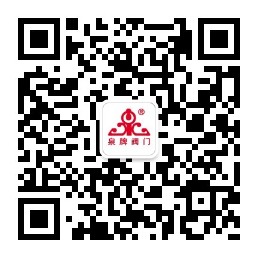 Deeply plowing the valve industry, Quanpai Technology is a guest of "China New Third Board"

Liang Yaodong Chairman of Quan Brand Technology
Liang Yaodong told China New Third Board, which was established in 2009, is a company that produces and sells various types of valves.
Since its establishment, the company has always been based on the “Quan” brand valve brand. Its main products include gate valves, globe valves, ball valves, butterfly valves, check valves, new hydraulic control valves, low resistance backflow preventers, etc. The products are sold to domestic and foreign markets. And widely used in petroleum, chemical, metallurgy, electric power, textile, construction, water supply, municipal and other industries.
Sun Wei believes that as a subdivision of manufacturing, valves are widely used in all major areas of the national economy and are a very large market.
However, at present, domestic valve manufacturers are still in the state of producing low-end products. Especially in the field of high-temperature and high-pressure valves, the technical level is quite different from that in developed countries. However, it is worthy of recognition that there are already enterprises like Quanji Technology in China. Through continuous efforts and research and development, it is gradually catching up with the valve manufacturing technology level in developed countries.

Sun Wei Senior Manager, Investment Banking Department, Open Source Securities
Liang Yaodong said that unlike the high-temperature and high-pressure valve products developed in the developed countries, Quanzhou Technology's products have obvious advantages in the field of water safety protection. In particular, the low-resistance backflow preventer is a patented product of the company and has been applied to tap water systems in more than 20 cities across the country. And through the identification of provincial-level scientific and technological achievements in Fujian Province, the comprehensive technical indicators have reached the domestic leading level.
On June 19, 2018, Quanpai Technology officially listed the new three board.
According to public data, in the first half of 2018, Quanji Technology realized operating income of RMB 22,837,600, an increase of 14.06% over the same period of the previous year; net profit attributable to shareholders of listed companies was RMB 1,951,100, a decrease of 39.62% over the same period of the previous year.
For the future development, Liang Yaodong said that under the new normal of economic development, listed companies in the high-end manufacturing sector will become an important force in China's manufacturing 2025.

Quanpai Technology will further improve the production technology level and technological innovation, promote informationization and intelligent manufacturing, and fully address the challenges of transformation and upgrading.
At present, Quanpai Technology is working on the development of intelligent valve products, combining products with the Internet of Things to promote the company's development towards intelligent manufacturing.
Sun Wei said that in recent years, the state has given greater support to the manufacturing industry.
Especially for small and micro enterprises, in July 2018, the central bank directed a reduction of 700 billion yuan to support debt-to-equity swaps and small and micro enterprises, to solve the problem of financing difficulties for small and micro enterprises.
As an investor, it will definitely dig deep into the investment opportunities in the manufacturing industry. If the manufacturing companies can make good use of this wave of policy dividends, there will certainly be considerable development. Quanzhou Technology will also benefit from being a manufacturing company.
"China's New Third Board" is a major national strategy for actively promoting the publicity and innovation of the People's Republic of China. It spreads the voice of Chinese SMEs, shows the image of Chinese SMEs, and establishes the typical Chinese SMEs in the country and around the world. A new studio financial interview section launched to help the growth of the New Third Board market was broadcast by Xinhua News Agency through its Xinhuanet and China Xinhua News Network (CNC) to more than 200 countries and regions around the world.
Welcome to the listed and proposed companies to participate
Sharing growth, discovering value